As far as I know this is the only book published by the medical doctor (neurosurgeon) J. Nozipo Maraire (Southern Rhodesia / Zimbabwe, 1964). It seems that these days she is more involved in her medical work, both in the United States and Southern Africa, than in writing novels or short stories.

In this book a mother writes to her daughter Zenzele. It is the dream of Zenzele to go abroad and study at Harvard  (where the writer herself did study) and now her mother wants to share her wisdom and her motherly care and compassion with her daughter Zenzele, who has arrived at Harvard.  Mother lives in Harare and belongs to the upperclass.

In many different letters she tells about all kinds of matters (family, tradition, politics, freedomfight etcetera) with her daughter. But these letters are more like essays than letter, the personal touch is less evident as you might expect in a letter.

Mother tells the story of her relative (brother ? cousin?)  Byron who went to Oxford to study, fifteen years later he returns home (with his British wife) for a short visit, but this Byron does not feel at ease at the place where he came from. Byron is like a missing African intellectual soldier on the western battlefield.

This relative is not the only one who studied abroad, also the father of Zenzele spent years abroad, he was in New York (US of A). Her father comes back home and works as a lawyer, who supports the freedomstruggle and who support people who are not able to afford an expensive lawyer. (In the description of some of his contacts it seems fantasy takes a big flight, but afterall, it is a novel).

Mother tells her daughter Zenzele about love, her own love for an artist who was blown to smitthers by terrorists. When she studied at a Teacher Training College she met her husband, who was already practising as a lawyer. Their love was in slow motion, they took time to let their love develop.

In the description of the freedomfight it seems to me the people involved are a bit of a caricature, but then, I was not present in those days. Maybe life was simple and clearly divided. Mother admits that she did not fight in the struggle, she gave love, but she wonders if she should have done more.

The role of the churches is touched upon. Did the churches encourage people to be submissive to the powers of the day? She herself has a mystical experience in a churchbuilding of an indigenous church.

At the end of the book she writes: “Your friend, Mama”. To me this sounds more like a western way of saying than a Zimbabwean way of saying.

At times there is a bit of generalizing about Africa this and Africa that. There is not a single story as we might know. The situation in Zimbawe is different from Morocco. It is one continent with many stories. Maybe publishers in the western world like to have a unity, one Africa, with One Story. We should not think about One Story 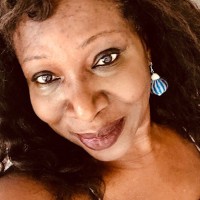 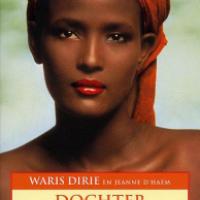