The Algerian writer  Rabah Belamri was born in Algeria in the year 1946. He died as a result of a surgical intervention in Paris in the year 1995. He left a large body of work. In later years he became a French citizen.

In his book ‘Regard blessé’ he travels back and forth with us, readers, to the days of the early independence. The main character of the book is Hassan, who travels to the capital city Algiers to get treated for eye-problems. At home his mother has tried to involve traditional healers, but the problem has increased. We follow Hassan on his way and in his flashbacks to the days of early independence, the French influence and the mixed attitude of people towards the French occupation.

Another feature is the omnipresence of the resistance, well, the omnipresence after the day of independence. Suddenly everyone has played a vital role in kicking the French out. Everyone is a hero, even those who cooperated with the French.

Those people who cooperated with the colonizing power are the ones who grab power in the new situation. Not the ones who fought against that power. Those who were in a privileged position, stay in that position after the celebrations at independence.

People try to settle old scores on the crest of the new found independence. Everyone tries to be a hero, but some heros try to settle scores, get their revenge, get a better position by pushing out old enemies.

Those heady days of the struggle for independence and the heady days of the young independence, what is the result? Hassan turns blind, the old traditional ways could not help him, medical help in the hospital came too late. Has the country turned blind as well? Were the old traditional ways not sufficient for  a new lease of life? People could count themselves blessed, but what has been the result in the long run? The blessing turned sour. 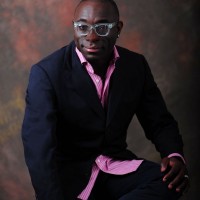 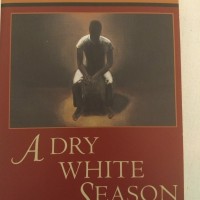