This is a novel by the Canadian journalist Gil Courtemanche (1943–2011).  But at the same time this novel is a documentary and a chronicle of the events of the genocide in Rwanda in 1994. The names in this novel are mainly real names attached to real persons. No hiding of people, killed, maimed, disappeared, lynched and chopped.

The main character of the book is a Canadian journalist Bernard Valcourt who stays at the Hotel des Milles-Collines. This hotel is situated in Kigali, the capital city of Rwanda, and is owned by the (now defunct) Belgian carrier SABENA. This hotel got some fame due to a movie on this hotel during the genocide and the attempts to bring people to safety.

In this horrifying book we smell the fear of death and the hope of survival. We follow people lost in their mixed identities. We see attempts to escape the inferno and the attempts to make the best of the situation. We hear the sounds of radio-bytes. We smell death in a decaying body, due to the epidemic of Aids. We follow the fear of activities by the UN troops. We see names of Tutsi being compiled in lists. We see the French-armed militia of Hutu. We see love and death in the eyes of the young woman Gentille. We get wet by the splashes in the swimmingpool, splashes caused by expatriates. We see silent and raped women by the side of the road. We see …  and the list is endless.

A novel.
A documentary.
A chronicle.
A statement.
A baffling book.

No swimmingpool will ever be the same.

3 thoughts on “UN DIMANCHE A LA PISCINE A KIGALI” 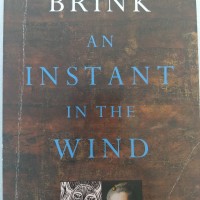