This is the third and last book by Choga Regina Egbeme (not her real name), a woman with a German mother Lisa and a Nigerian father. Her married mother met this Nigerian man David who led a church of the Black Jesus and had a harem in Lagos, Nigeria. Lisa leaves her husband and marries David and joins the harem. Choga was born with this mixed ancestry and raised in the harem.

In this third volume we read about the last days, weeks and months of Choga who leads a rural community not far from Jos, Nigeria. This community is an offshoot  from the harem that has been scattered, after the death of David and his incapable successor Felix (the husband of Choga).  Her halfsister from Germany has joined the community as well, and she teaches the children, some of them from the neighbourhood.

Choga has been trained as a healer with the gifts of mother nature as she sees it. With her curing and caring activities she tries to uphold the community of women and this very young man, her son Josh.

We read about her attempts to stem the tide of physical decline with her own brew ‘Choga’s tea’. She drinks it herself and she gives it to her son, and others who live in the community and around it. The rise of HIV Aids is prominent.

A medical doctor from a hospital in Jos is interested in her work and in her tea. He visits the community and wants to do some research on the work and the tea. He also arranges some financial support.

The community loses more and more members, partly due to death. It is in this way a sad story, a story of decline, but also a story of courage.

This third volume demands slowreading, for the story unfolds in a slow way. It is not about the action, but about the thoughts and relationships of people.

The Dutch publisher thought it proper to put a cover to this book filled with Maasai / Samburu people in traditional attire. You do not find many of them on the central plateau in Nigeria. 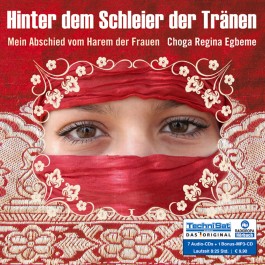