The house does exist in Cairo, in the Garden City.

The house is the center of life and the center of the family and the extended family and an elite and a political ruling class.  It is the house Samia writes about, drawing on het personal memories, and moulding it into a novel, an autobiographical novel.

At the center of the novel is Gigi, a woman who returns to the country of her birth, i.e. Egypt. She left her son when she the country and moved abroad. She was to reunite with her son, who stayed with his father in Egypt (maybe the son will come with her to the United States of America) and the visit the old places, like the House, the seat of the Pasha, as it was in the olden days.

We swerve from the present to the past, bound by memories and political developments. We creep back to the 23rd of July in the year 1961. President Nasser delivers a speech. It is the beginning of the end of the extended well-to-d0 politically connected family. Relatives are sent to an internmentcamp, possessions are sold by the governemnt. Their private empire crumbles. Their empire in the upperclass, with a French accent.

We even journey further back into time, back to the early fifties, the days that the family was climbing the sports of succes and influence and status. The family is filled with modernity and at the same time aware that the old traditions should not fade away in the glaring sun of the Egyptian metropoles.

It is a story of the past and finding your roots in a new world, with or without your relatives and your inward traditions. Gigi travels to Egypt, is she travelling home or is she now leaving home. She cannot answer that question. The two countries and the two identities and these different cultures are present in her life.

Changes came to the country of Egypt, upheavals from a monarchy, to the military, from one dictatorship to the next. Has anything changed?

This book would have even been better with a family tree, nicely at the beginning or the end. A tree rooted in Egypt, at the banks of the Nile, and branches till the ends of the earth. 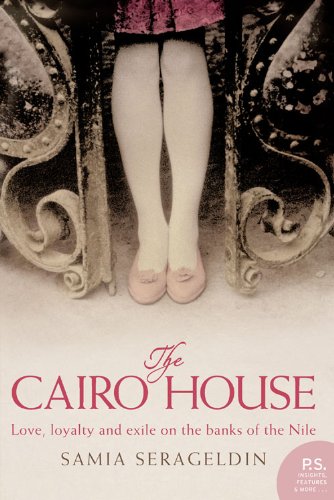