The Egyptian writer Ahmed Naji got into trouble when someone read part of his novel in a magazine. It caused the reader a sudden deterioration of his health, so the reader decided to sue the writer for the explicit scenes in the book. The judge decided to give Ahmed Naji a two year sentence (is this good for one’s health). The writer appealed, but the judge has upheld the previous sentence.

There has been an outcry in Egypt, but also writers from many other countries decided to voice their support for Ahmed Naji. Up till now to no avail. 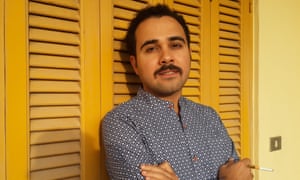