The story is being continued. The Egyptian writer Ahmed Naji was sentenced due some passages in a book he wrote. These passages were explicit, but the Egyptian censor had allowed the book. But one reader was not so kind and he sued the writer and now the courtcases drag on. Ahmed was at first sent home, but later on sentenced, he appealed and was sentenced again and now there is another appeal and the court is being swept and dusted for the next episode in this story. Enough material for a new book. 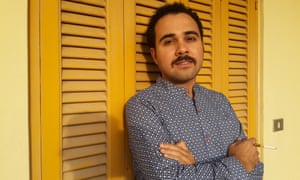