This novel by the Morocco-born writer Laila Lalami is set in the North African country of Morocco. Lalami presently lives and works in the United States of America.

In this novel we follow the life of the young man Youssef, who lives in one of the poorer areas of Casablanca (the White House) with his mother Rachida. His father has died. We follow him through his years at school, his companionship with his friends, his study at university, the advent of an islamist group in his suburb.

Youssef does not know much about his father and his background, nor does his mother tells much about her own background. Throughout the years he gets bits of information and he discovers that his father is still alive. He is a different man from the few stories his mother told him. He decides to go and meet his father who is a wealthy businessman. In the end his father accepts him (the son he never had) and he leaves his mother. His father is happy to have a son, but he keeps him hidden in one of his apartments. Not even Youssef’s friends are allowed to visit him at this hide-out.

Youssef struggels with his loyalties, will he support his mother ? Will he side with his father? It is clear his mother does not want to speak with the father of Youssef. To Youssef this matter of loyalty is a heartache. He wants to be part of the upperclass (more than being with his father?), but he cannot deny his background in the poorer quarters of town and his ties with his mother.

When the only daughter of his father returns from the Unites States of America (where she studies) the situation changes for Youssef. In this matter of loyalty Youssef we the complexity of simple solutions. There is no easy way forward. The complexity is growing through the attempts of the islamist party to recruit young men and to make them part of a new Morocco, even when it entails violence. Here is another pull of loyalty. The secret son is a son in the midst of turmoil, in the shifting sands of loyalty.

Lalami has written a captivating novel, with some sudden changes and at times an effort to explain too much. 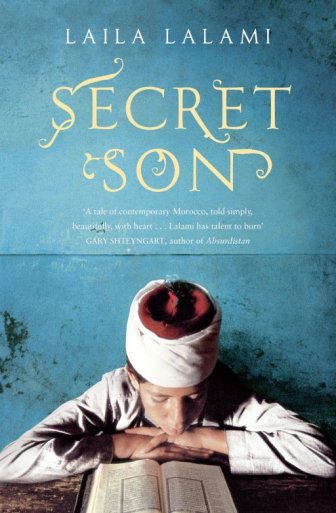