Gatti (1896 – 1969) hailed from Italy and he travelled extensively in Africa, especially the Central African area, Congo, Rwanda and Burundi. He made films and photos. In the period before 1945 he made long tours, ten long ones. In one of his books he mentions a tour of over 6 months in the dense primeval forests of Central Africa in the company of Pygmy.

One of the things that struck me was that Gatti took other people as serious companions. He was willing to learn from the people he met on the road (he preferred to travel on foot) and with whom he did travel. He describes how much he learned from the pygmy with whom he travelled: names of plants, of animals, of surviving in the bush, of life. Thanks to his companions he was to see and document the elusive okapi. Many thought the animal did not exist. He also encountered the bongo, another elusive animal, at home in the deep forests. In South Africa he met and stayed with a Xhosa priestess with a python as a companion.

Gatti was open to learn and discover things that were considered to be in the category of the extraordinary, the magic. He was open to the idea that the people he met had abilities long lost in the northern world where he came from.

In these two books (in an abridged single Dutch volume, 1955) he gives much information on his travels, people, flowers, animals, climate, mountains and rivers. 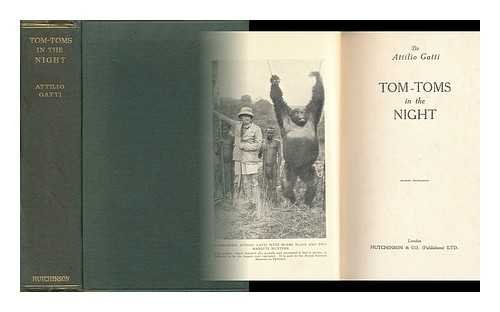