This is not a story of success. It is a story of a Swiss couple that moved to the very south of Africa. The man, an trained farmer, gets a job on a farm in the Venda area near Louis Trichard. Max has some experience abroad, an experience he gained during his training. Margrit is an empty page in her foreign experiences.

They settle in a rundown small cottage somewhere on the edge of an undercultivated farm. The manager (or the owner?) drops them in front of this house and shows them the young boy Samuel who will help in doing some chores in and around the house.  Very and very soon the long rains set in, more extreme than in previous decades, they learn later. The rains isolate them from their work and the people around. The cottage cannot stand the rains that enter in any way possible.

With these wet beginnings the couple tries to live and work. Margrit writes about her despair, her contact with her husband who is not very talkative, but just stubbornly gets on, contact with the people in a nearby kraal, the moments of joy and fright, the shopping trips by bus to Louis Trichard or on the tractor to a local duka run by an Asian.

Their story in Venda land is blown out because the owner goes bankrupt. Max and Margrit make the hard decision to move to South West Africa (now Namibia) to find work. The trip, thousands of kilometers, is a hard and dry and lonely one.  In Windhoek they join the growing army of unemployed people. A severe drought has hit the country. Margrit is stung by the racism in Windhoek, according to her this racism is much stronger here than at their previous abode. They are strangers at Windhoek, not accepted by the hard and fast drinking Boer. At times Max finds a temporary job. 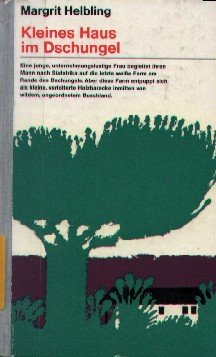