Let me not straight away delve into this collection of ten short stories, but write about the author first. Mulikita was born in Zambia in 1928. Part of his formal education he obtained in Grahamstown (South Africa), later on he went to the United States of America to study at Stanford University.

In his working career he started out as an educator, a headmaster at a secondary school. Next he moved to the world of diplomacy when he became the Zambian ambassador to the United Nations from 1964 – 1966. Coming back to his motherland he worked at several ministries as a civil servant and as a minister. In 1988 he was elected as the Speaker Speaker of the Zambian National Assembly. He oversaw the heady days in which Zambia travelled from a one party state towards a multi party state. After that he moved back to the world of education and became chancellor of the Copperbelt University. In 1998 he passed away.

During all these busy days he managed to publish books.  One of these is this collection of short stories.

One important theme in these stories is the world of his culture that is fading away. It seems that Mulikita tries to get hold of this soon to be past. He tells how people get together to listen to stories told by grandfather. We see glimpses of the way villagers lived their lives. The colonial masters hardly feature in his stories.

Another aspect, that is linked with the first one, is the prevalence of witchcraft. Even when people try to keep their distance it becomes clear there is more power than we can see with our eyes.  An outside researcher, working on his PhD, eventually succumbs to this world of witchcraft and moves away before disaster will overtake him.

Love is another theme, sometimes even romantic love (how modern !), but more important arranged love, welding together two families.

In his stories Mulikita takes his time to set the scene and to elaborate on the developments with at times surprising developments in the story. In a way Mulikita describes a development that does not know a return to the past, the chance to return has been passed. 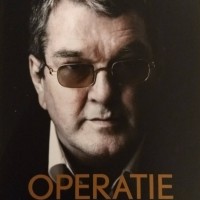 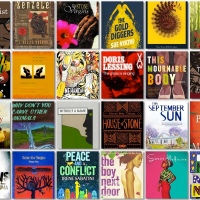