Susanne Hart was a vet who was based in Nairobi, Kenya, and who worked in different parts of the country. She was trained in London, United Kingdom, and got her first experience in South Africa where she settled with her first husband.

After the breakup of her marriage she continued working in South Africa where she met up again with an old student she knew from her London days. This man, Toni Harthoorn, was born in Rotterdam, The Netherlands, trained as a vet in London and specialized in immobilising animals. He got a job at the University of Nairobi as a lecturer and he continued his research into immobilising animals. Their house in Nairobi became a meeting place of people involved in care of wildlife and wildlife itself. This was largely a white community (except for the animals).

In this book Susanne tells about her work in Nairobi as a vet, her help needed at out of bounds places like Meru and the places where George and Joy Adamson worked and Daphne Sheldrick and Douglas Hamilton. She got involved in writing stories for children about wildlife, she noticed that often Kenyan children did not know about the animals in their own country. She presented a program on the Voice of Kenya where children met all kinds of animals.

This book views a world that has passed by. Life in Nairobi has changed, many of the people mentioned in the book have passed by as well. Many more Kenyans are now involved in protecting wildlife. But the book gives an insight in another world, the days of the white hunter are almost finished but the new era is still on the way.

And by the way: ‘Daktari’ is the Swahili version of the English ‘doctor’, but you might have guessed that by now.

One thought on “LIFE WITH DAKTARI” 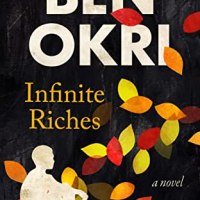