Many years ago I read a book written by Tété-Michel Kpomassie (1941). He wrote l’Africain du Groenland (1977), narrating his stay as a Togolese man in Groenland during the mid-sixties.

Now a book has been published with a reversed title ‘Een Groenlander in Afrika’. The Groenlander in the title is a bird, the sanderling. The book has been written by Dutch journalist Koos Dijksterhuis who follows scientist Jeroen Reneerkens, specialised in the sanderling. Dijksterhuis writes about the natural environment in a daily newspaper and now he has the opportunity to follow the steps of a scientist and the flight of a bird.

The bird has no problems in crossing international borders. In the month of June the bird breeds in Groenland, in the month of August the bird flies to Europe and Africa. During 2007 – 2009 the two men travel from Dutch islands (Vlieland and Schiermonnikoog) to Groenland and Mauretania (Iwik) and Ghana (Esiama). In Ghana there is a Dutch center for the study of birds. One of the people who work there is the Ghanaian Edward Koomson who works on his Ph.D.

In this book we get many bits of scientific information on the bird and the international scientist who work on different projects. At times the book demands slow reading for the speed of the book slows down. I have the impression that the writer has used parts of this book earlier for his articles in the newspaper, for there seems to be some repetition. One of the topics discussed in the book is the propriety of disturbing birds. Should these birds be left to their own devices or are scientist allowed to interfere with the life of these birds?

The book was an interesting read, but it needed some perseverance. 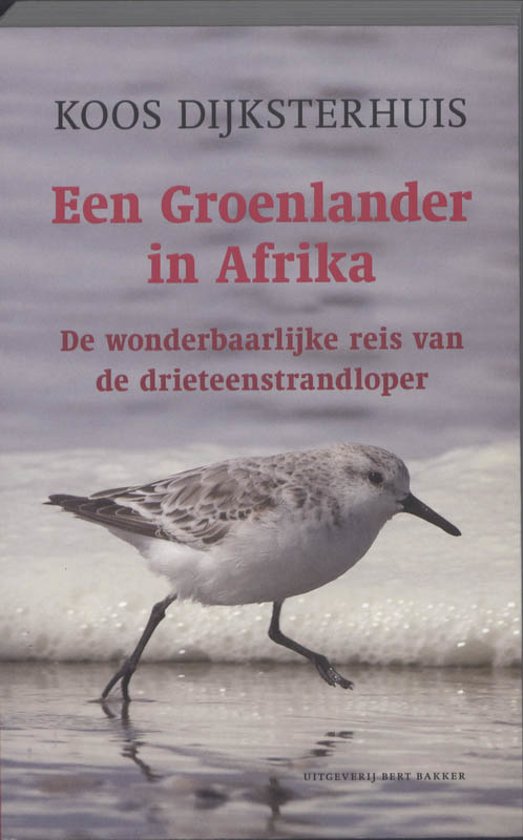