This lady from the Netherlands, Bob Tadema Sporry (1912 – 1987), has travelled to many countries and she has written about it. Especially northern Africa was a regular destination for her and her husband Auke. The drawing on the cover was drawn by her husband who also did the artwork inside the book.

This story has been written for children age 10 and older.  The main character of the book is a teenager Daud. He lives together with his father (a relatively rich man), his mother and his sisters in a small village in the desert of Algeria. His sister Aisha has seen a man clad in blue near their village. It has to be a Tuareg and the Tuareg people form a looming background to the life of the whole village.

Daud has several friends and Tadema Sporry uses their adventures to tell about the life in the village, about traditions, about contact with other villages and life in the desert in general. In this way her book is very informative without becoming dull or filled with endless facts.

Life in the village changes when the rumour reaches the people that the Tuareg (from Horrar) are coming to ransack the village, in order to get as much food as possible. What will the village do? What way will the leaders of the village find to keep the village safe and prosperous? 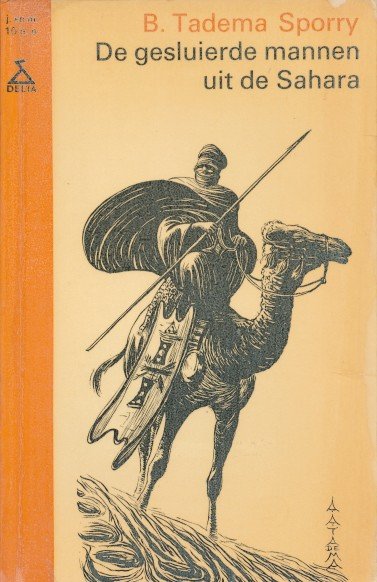