What a book, but what kind of book?

Suddenly a whirlwind entered the room,  the yellow pieces of paper were dancing in the light and in the air. When the whirlwind left the building, the notes were left behind, in disarray. The writer entered the room, collected the notes, put them together on a pile. Took the first yellow piece of paper and started writing. When the last piece of yellow paper was added to the writing the book was finished.

I have tried to find a kind of order in the book but that was difficult, very difficult for me. There is no lack of experience in my reading career, so I do not know what happened.

A lady (born in 1953) with a career in filming and writing moves to the northern shores of Mozambique. She first came to the place when she was making a documentary. She has contact with a Dutchman named Mees, who is a cameraman. He has bought a kind of luxury campsite Coral Lodge (ecotourisme) opposite Ilha de Moçambique. Lisa is captivated by this place and decides to settle forever and ever near that place in a village that had seen better days during the colonial days of the Portuguese. She decides to renovate an old building to start a College for Tourism and Agriculture, training local people to work in the hospitality industry  (i.e. the place of Mees).

In this area she starts her life as a kind of white saviour who comes to help these isolated people, whom everybody has overlooked. Reading more I noticed that quite a few people in that village and area have not been so isolated at all. She works on renovating palatial houses, she works on vegetable gardens and flower gardens, she works on medical facilities (with her own HIV treatment ?), she works on …  All for the benefit of the local people. Her approach is very much a TopDown approach, she knows what is best for the people. She looks for funds abroad. She looks for volunteers abroad (who have to come with lots of money for Lisa’s projects). She has grandiose ideas about the future, but all the time it is clear that at every step she needs the help of local people, without whom she herself could not take a step. She does not speak the local language. She hardly speaks Portuguese. So it is important the students at the College learn to speak English. The local world is in danger of being turned upside down.

She is convinced that her ideas are better than the ideas of well established organisations. She want to change singlehandedly (?) the world around her, but the concept of ‘local ownership’ is far beyond the horizon.  It all raises the question: for whom did she start all these projects?

The real hero of the story is Morripa, a local man who has been trained in the army. He spent time in Cuba training soldiers. He has seen other faraway places. The local people respect him. Long before Lisa turned up at the village, he was the man who showed leadership, brought people into contact with new ideas, brought new tools and amenities into the village. He is the one of the BottomUp approach.

I do not know if Lisa is still living at that village in northern Mozambique. She said she would live there forever. She started Foundation Teran in 2004, but on the website I did not see much information, except general statements. I discovered a website run by a former volunteer who wants to warn other volunteers not to join the projects of Lisa.

All in all, to me the book has been a confusing book. A Mozambican mystery. 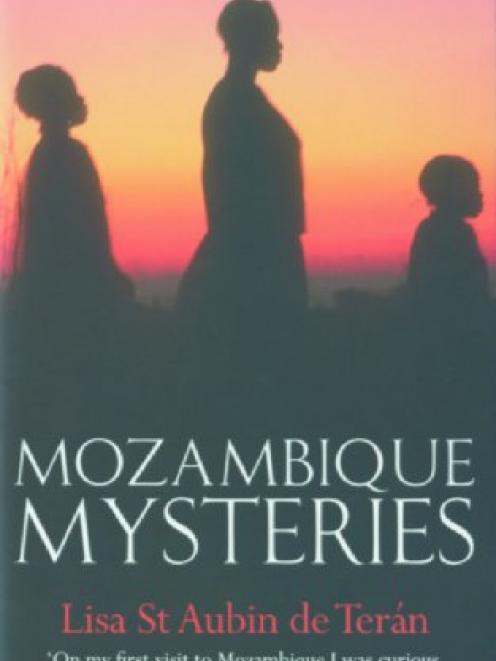