The apartheid has many legacies. Literature in South Africa (and surrounding countries) is filled with these legacies.

Sara-Jayne King tells about her roots in the days of apartheid. She was born (in 1980) out of a relationship between a white mother and a black father. That was an illegal and unwanted relationship during the days of apartheid. She was given the name Karoline King, her adoptive white parents later changed her surname. Sara-Jayne was classified as white and was raised in a white world.

In her book Killing Karoline she tells about her journey set against the background of her family and the history of her country.

In a few days time she will be doing a book signing in Cape Town, next month there will another sessions in the very same Cape Town.

Read about it here. 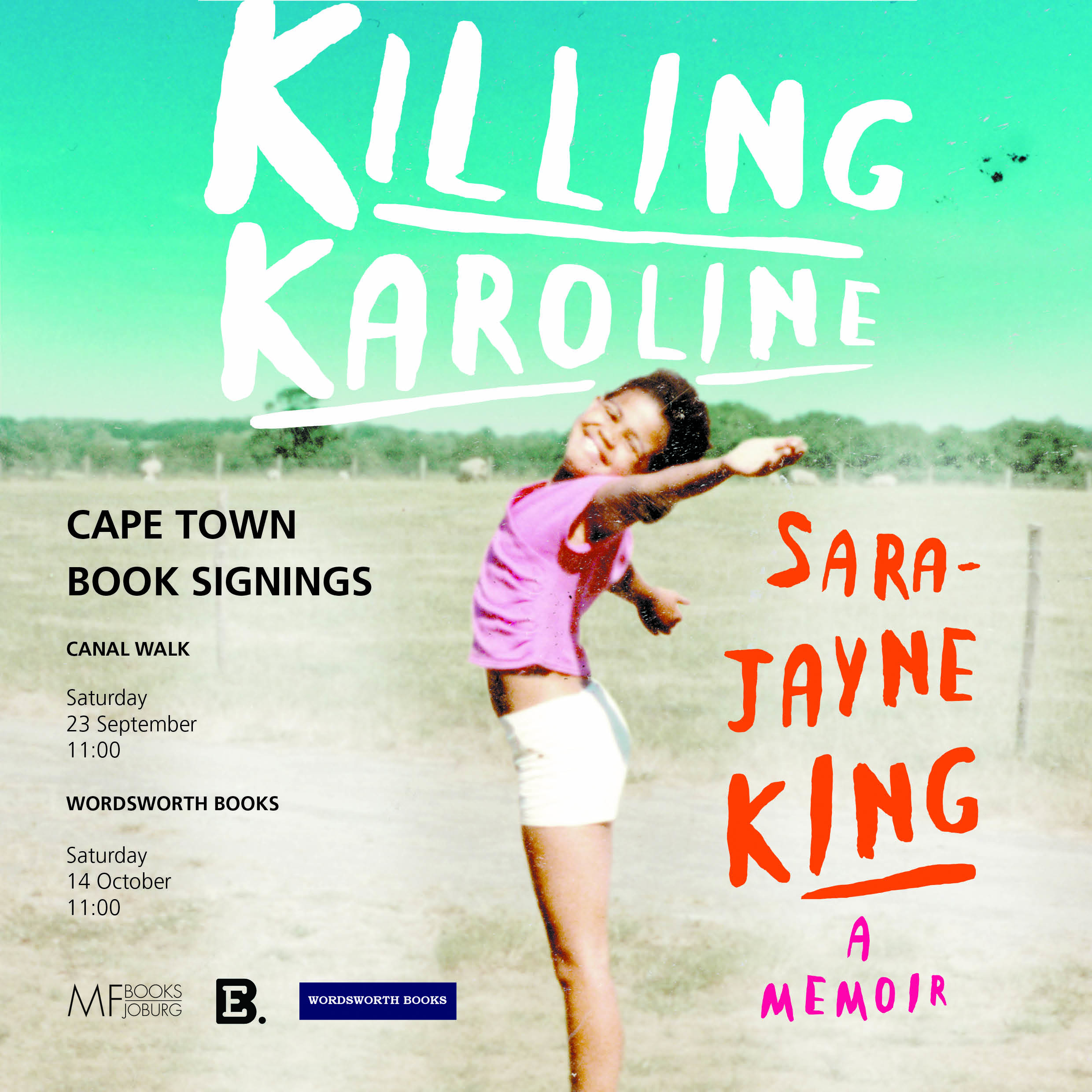