There are not many certainties in the literary world. Not in the global one. Not in the African one.

One thing, however, is certain and it occurs every year around this time. The certainty is the speculation that the Kenyan writer Ngũgĩ wa Thiong’o is the one who most probably will receive the Nobel Prize for Literature. Up till now it has not happened, so this year the articles can be rehushed, updated and published again. The prolific writer started his writing career as James Ngũgĩ, but he left behind the colonial  (or is the christian ?) name James and continued life as Ngũgĩ wa Thiong’o. He knot know gained fame as a writer but also as a political activist especially during the dictatorial reign of the second president of Kenya Daniel arap Toroitich Moi. Ngũgĩ wa Thiong’o started using his mother tongue to reach people and to show them the political situation they lived in. The writer now lives in self chosen ‘exile’ in the United States of America (the very same country that Nobel Prize winner Wole Soyinka has left to return to Nigeria).

Read here more about the chances of the Kenyan writer. 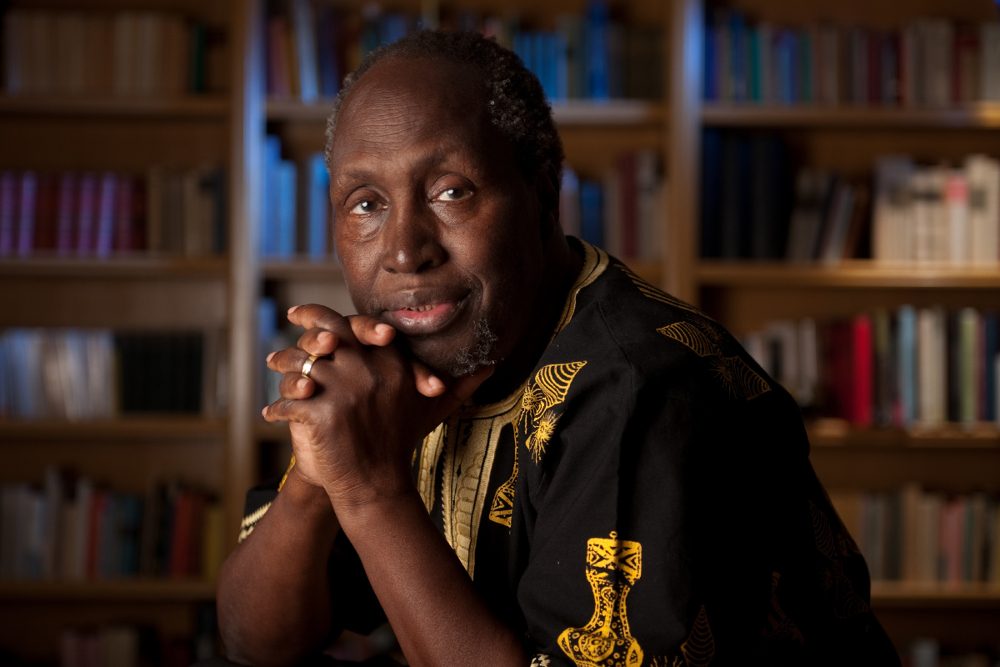