The title of this book by the South African writer Etienne van Heerden took my into the wrong direction. The name Kikoejoe (or in English : Kikuyu) reminded me of the people living in and near the capital city Nairobi. One of the was the first president and now one of his children is the present president. I thought that maybe Van Heerden had written a book on the Boer people who had travelled to East Africa after being defeated at the Boer War by the British.

But, no. The title refers to a type of grass: Kikuyu grass. Maybe I have stepped on this kind of grass. I do not know. This grass is growing in South Africa, around holiday farm Halesowen in the Karoo (South Africa). The place is run by Ma and Pa Latsky, more so by Ma. They have a son calles Fabian. He remembers what happened in the summer of 1960, or may, he admits, I have put some summers together to form one story in his memory.

At the holiday  farm there are regular visitors and some visitors who are new. One of the regular visitors is Geertruid, a sister to Pa Latsky. Part of her time she lives in Amsterdam (The Netherlands) and part at Halesowen. She brings the outside world is brought into the hotel. She is quite a character who loves to upset the regular order. She stays with her female friend in on of the rondavels.

Another regular is Heathcote MacKenzie, a veteran from the war in north Africa (El Alamein). He stays in the rondavel Van Riebeeck.

On of the irregular visitors is a psychiatrist who treats Pa Latsky, even experimenting with LSD. Another one is a travelling pastor. A travelling singer sings his songs.

Not only the Latsky’s and the visitors play their part. Also the staff at the hotel is important. The headwaiter Ruben plays an important, if not crucial, role at Halesowen. Without him the place would fall into pieces. Ma Latsky recognizes his important position, but Pa wants to keep him away, far away. Ruben  has a very short love affair with a maid of an important relative of Latsky, who stays with his relatives at the farm.

This complicated mixture of people at the hotel, regular guests, visitors, relatives play their role, as if the place brings together all strands of South African society. Even a visit by Hendrik Verwoerd at the nearby town plays a role.

Etienne van Heerden has written a captivating book, with many strands, a mini cosmos in a world that is bound to disappear. Some recognize the sounds of the changing winds. Others think their world will never change. Some have quit hopes. Other live in the past and have buried themselves in that way.  But all in all life at the farm is a smouldering haystack. 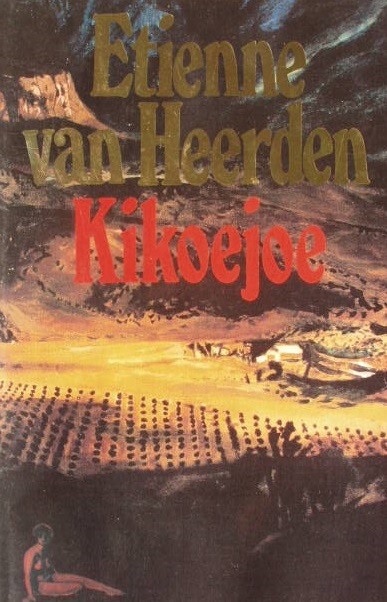