What a sad book and this is an understatement.

The French / Algerian singer Djura (1949) tells the story of her life in this book that recounts the days she was born in Ifigha (Algeria) and spent her first few years in that North African country. Her father had travelled to France to find work and prosperity. After some time (in 1954) his wife and children follow in his footsteps and settle with him in Paris. It is still in the days of the colonial era, with Algeria as a colony. Life in Paris is quite different from  life that Djura knew in Algeria, where she had close relationship with her grandmother. It is not just that loss in family relations but also the dire circumstances in which the small but growing family lives. The search for work and prosperity comes at a price. During the days of the battle for independence the father of Djura is arrested and sent to Algeria to have a long period of house arrest.

The growing family crumbles. Her elder brother Mohand stays with relatives and later he marries a French girl. The leeway that Mohand gets is a stark contrast to the limited space Djura gets from her parents. She wants to go to a theater school, learn to sing and to dance and to act. But her father wants her to study law. During the years that follow Djura tries to break out of that limited space. She wantsd to find her own route in life. But her intentions even her love for her close relatives is answered with rudeness, with violence, with dedain. The traditions of the Berber (Kabylia) population have to be followed, at least by the women.

In the end (1979) Djura organizes her own band Djurdjura (named after a mountain range in Algeria), stitching together modern text with traditional Berber music. On an on-and-off basis some of her sisters join the band. But always Djura bears the brunt of victimization by her close relatives. In the end it even leads to attacks on her life and on the French man with whom she lives.

Recently I have read some books that tell about the sorry state of marriages, originating in northern Africa. There must be examples of happy marriages and books about that.  Up till now sadness prevails.

With great strength (and support from the French me around her) Djura moves on, wanting to embrace her Berber culture but at the same time realizing that this very same culture brings her in deep, deep trouble with violent men and even other women, who want to subject her and have her as a constant supply of material wealth. 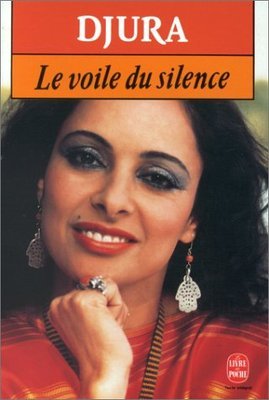