Who was Hanneke Sloet?

She was a corporate lawyer in South Africa. She was murdered in her own apartment. But who was she? With whom did she have contacts, at her work, outside her work? The case has been closed without finding the murderer.

But the situation changes very rapidly when an unknown sniper decides to put pressure on the case. He is convinced that the police knows who is the culprit but that culprit is protected by the very same police and political powers. The sniper decides to kill policemen to force the police force to take action and bring the murderer of Sloet to court.

Benny Griessel gets the task to work on this case and he delves into the life of Sloet while pressure builds up. He combs through through every square inch of her life, trying to find a clue, even a very small one. The sniper does not speak empty words. A policeman is shot. The pressure increases. At the same time Griessel has to coach his junior colleagues to learn more about the profession of a copper.

Day by day Deon Meyer takes us by the hand through the corporate world, high finance and takeovers, Russian crooks and the exploding world of information technology and communication (the books was published in 2012).

But Deon Meyer does not give it to you on a platter. You have to stay alert (without alcohol), and in the end you look back to place the final pieces of the puzzle. 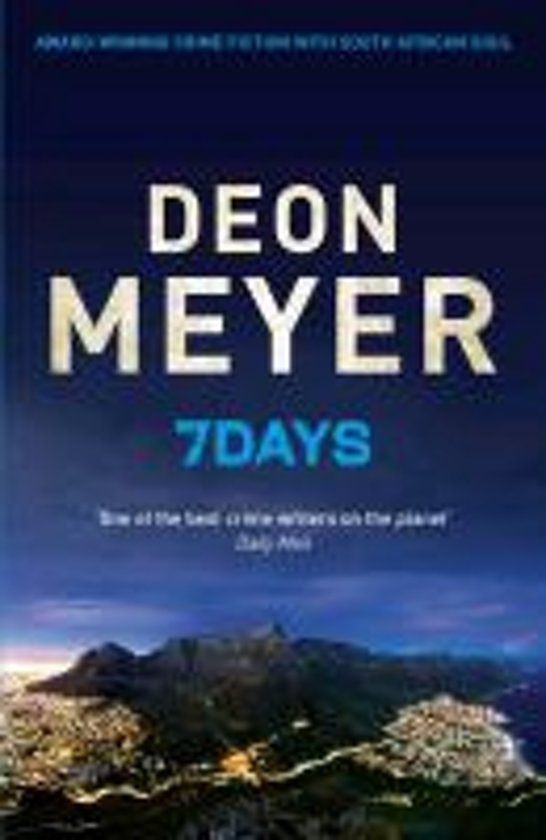