As far as I know books by Deon Meyer are not just books about a police corps and a criminal. There are lines to the political scene, the banking scene, the tech scene, the scene where alcohol flows freely.

The story of COBRA starts at the famous Franschhoek in South Africa. This is apart of the literary scene in South Africa with its well known literary festival. Benny Griessel does not visit Franschhoek for its festival, but for fireworks that took place at a guesthouse in a winefarm. A sparkling setting for a crime.

One man is missing. A few security people are killed and one of the farm workers is found dead. The hunt is on, but whom to hunt and who is the man who is missing from the guesthouse. The bullets that have been used at the guesthouse have a special mark, a snake, a cobra, a deadly snake.

The hunt moves from Franschhoek to Stellenbosch to Cape Town, including a security company, a pickpocket with a learned sister at Stellenbosch University, a former Israeli security worker, algorithms (not a person!), high finance, powerfull politicians. The man who disappeared from the guesthouse appears to have been travelling under an assumed name. In real time he is a professor in mathematics in Cambridge (United Kingdom). The name Cobra is given to the man who abducted him. What is the role of his lovely assistant Lilian Alvarez from the United States (for how long?) who turns up in Cape Town, after a sudden departure from Cambridge? She meets the pickpocket Tyrone, this small boy nicks her purse, without realizing that in this very purse important information is being carried on a memory card. In the course of this book the small boy Tyrone Kleinbooi turns out to be a big man, who has to run for his life but who at the same time wants to save his sister Nadia in Stellenbosch who has been abducted by people unknown to him, but who look for this mysterious memory card.

One of the places where Tyrone hunts for deep pockets and careless travellers is the center of Cape Town, but also the trains from Cape Town to Stellenbosch are a good hunting ground. He knows the timetables, he knows the train stations, he knows where to hop of and jump on a train. He knows the vulnerability of people and he wants to help his sister. These trains from Cape Town to Stellenbosch play an important role and I suppose Deon Meyer knows the time table by heart, for the main characters are living fast on the train, Tyrone, Cobra (or Cobra’s ?), police officers.

The book moves at a fast pace, with turns and twists, a real Deon Meyer. Fascinating till the end. With a heroin named Mbali Kaleni, the only woman in the Violent Crimes Team.

Fortunately a map is added to the book, so I can follow the trains shuttle from one place to another, see the place where Tyrone lives and hides, where the lover of Griessel lives. But, but, there is one hitch in this map. Is it a clue for this book, or for a sequel? I do not know. When there is a hitch in this map (2 pages) are the hitches in the book itself? Did I misread the book? I like to read maps, they have fascinated me from my early days. Now I discovered something in Stellenbosch. I saw the trainstation Stellenbosch. I saw the trainstation Du Toit. I saw “Nadis’s Apartment“. Who is Nadis? Is she the alter ego of Nadia? Will Deon Meyer solve this riddle in another book? 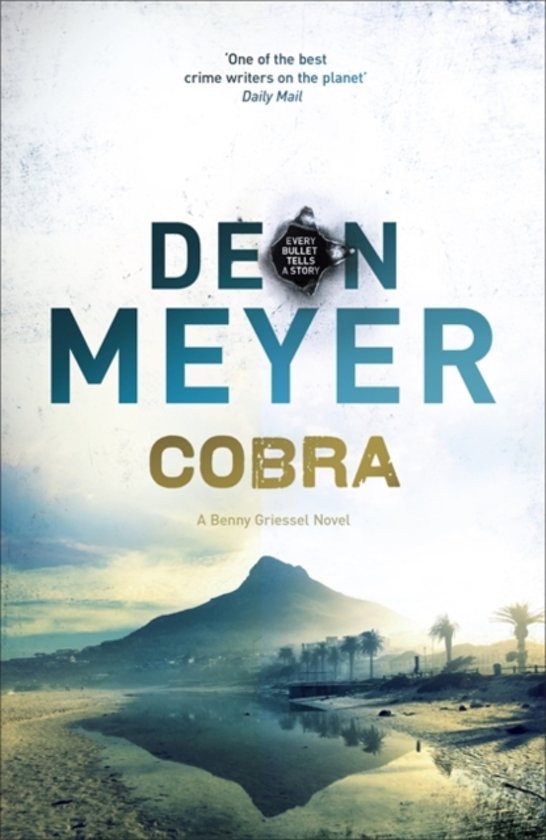