The Algerian / French writer Albert Camus wrote a few classics and became an important voice in the literary world of the northern hemisphere. He was born in Mondovi (nowadays Dréan) in the northeastern corner of Algeria in the year 1913 in a pied-noir family. Shortly after the Second World War he published his La Peste.  In 1957 he received the Nobel Prize for Literature, three years later (in 1960) he passed away in a car accident in France, on his way to The Netherlands.

Camus did not write many books, but even with his small oeuvre he was an important voice within and outside France. La Peste was his third novel. In this novel the narrator takes us back to 1940 and the coastal city Oran, in which Camus himself had lived. We meet, through the eyes of the sober narrator dr. Albert Rieux and his wife who is ill and moves out of town to recuperate. During his rounds to visit his patients and in his own apartment building Bernard Rieux discovers dead rats, one, two, three and the numbers do increase. Just over a week later 6231 dead rats have been collected in Oran, three more days later 8000 dead rats are collected. It is the beginning of the signs and the onslaught of the plague in this town.

In the unfolding of the novel we meet more and more people. We meet one of the local priests, Paneloux. We meet Jean Tarrou, a newcomer to town, who keeps a detailed diary. The reclusive Cottard (who committed a crime) tries to commit suicide. Civil servant Joseph Grand writes a novel in his spare time. He already has written one sentence. The journalist Raymond Rambert who tries to get permission to leave the closed city. Judge Othon with his straightforward ideas and his similar ways of raising his children.

All the characters that walk through the pages have their own way of dealing with this immense crisis in Oran. The town is fenced of. What to do? To help? To shy away? To find supernatural reasons for this plague? Father Paneloux thinks at first that God is dealing with his people, to bring them back from their mischievous ways. So he is at first of the opinion that God will care for his own. Bernard Rieux (who does not believe in God) is of the opinion that his stability lies in his daily routine and he keeps on going with his work, seeing patients, comforting people. He opposes those who say: All your work does not help at all. Someone else looks for ways to escape this doomed town but decides to stay to help other people. Joseph Grand, like a civil servant, just wants to do his duty and puts in a great effort, next to his daily job and writing his master piece. Who is willing to risk his life for an idea (duty, work) or for a loved one?

It is clear that the plague has no consideration with whom you are. The plagues strikes without seeing, without knowing who you are. Young and old. Rich and poor. Employed and unemployed. Stranger and resident.

Paneloux who has decided to leave his place at the sidelines, is of the opinion that both he and Rieux work for the salvation of man. To Rieux he himself is just doing his job, without other motives.

Everyone has his own response to the disaster that has struck Oran. Months pass by, death roll rising. What to do? Motivated by what? Some people are consistent in their response. Some others reflect on their motives and change course.

In this book Albert Camus moves slow. Step by step he dissects the human response in a disaster prone situation. This novel forces the reader to think about his own existence in the midst of calamities, whatever scale.

In 1992 the novel was transferred to the screen by the director  Luis Puenzo. 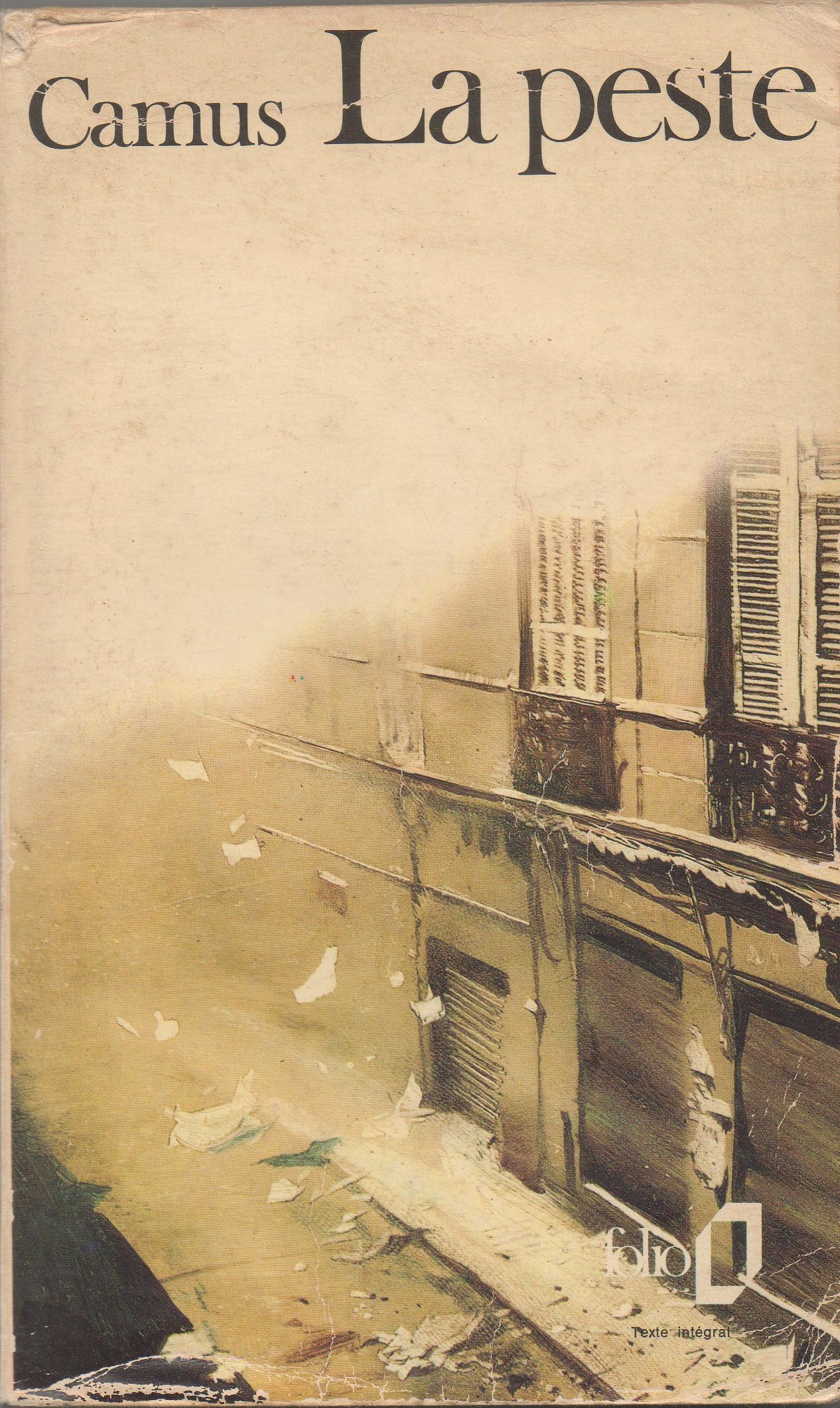