In my mind David Livingstone is a Scotsman who travelled to the southern parts of Africa, did missionary work, started travelling and writing, sought possibilities for commerce and missionary work. Henry Morton Stanley went to look for him, I presume. After Livingstone’s death he was carried by a few of his most faithful followers to the coast near Zanzibar, from where Livingstone was ferried to England and was buried as a hero at the Westminster Cathedral.

Tim Jeal has done a great job in writing this book about this Victorian hero, coming from humble background in poverty stricken Scotland. Jeal had access to many documents and he has made good use of it. In his book Jeal follows the chronology of the life of the great explorer. In the final chapter he searches for the reasons for his status after his death.

Jeal shows Livingstone to be just more than a hero. Livingstone was a man with many sides, good ones, and difficult ones. Very soon after he had started his missionary work he had misgivings about working at a mission station (as his father-in-law to be Robert Moffatt, did in Kuruman. Working for many years at the same place with clearly little success inn terms of converts. More than his predecessors he saw the complexities of the gospel preaching in the local situation of a tribal organization with a different set of values. Was it possible to get converts when people lived in a system hat had proven its worth?

From the whole of the book it is clear that Livingstone had better relations with his local workers than with the British workers. All the time he was clashing with them, told lies about them, had negative preconceptions about them (e.g. about Moffatt), did not want to share his fame with others, left out in his writings achievements of Portuguese travellers and traders he had met and who had gone before where he wanted to go. During his last explorations, searching for the source of the Nile, he travelled with Africans some of whom he had worked with for many years.

Livingstone had an enormous strength and determination and mental stamina. He expected from his fellow white workers to have the same attitude. This caused many clashes and quite a number of people who started out working with him left. But Livingstone moved on, setting his targets and moulding his publicity to suit his targets.

In the beginning he had a positive view of tribal societies. When he saw the small number of converts due to missionary work of his fellow workers he changed his mind. He later on saw the tribal society as an hindrance to conversion. He developed the idea that these societies needed to be broken up by an outside force. He thought commerce and a British presence the best ways to achieve that. In his contacts with the British government he painted a picture of wonderful possibilities for commerce and church and colonialism. He did not see it happening in his own days. He made plans, he went on explorations, but his optimism did not meet with reality.

Livingstone married a daughter of Moffatt, Mary. For many years they did not live together.  Often Mary spent time in the United Kingdom, just like their children. The death of Mary, on the exploration of the Zambezi, was nevertheless a blow to David.A softer side to his character came more to the open, not just in the many letters he wrote during his journeys.

When Livingstone returned from his journey on the Zambezi he received a cool reception from the British audience. He had failed to navigate the Zambezi (he had overlooked a few cataracts), his wife died, bischop McKenzie (Universities Mission to Central Africa) had died, he did not manage to navigate to the Batoke Plateau. So many targets were lost on the way.

He now set his eyes on discovering the source of the Nile. Others (like Speke and Burton) had been looking for it. He managed to get some funding. Then he started on the last years of his life and he travelled through Central Africa, trying to find the source of the Nile. These eights years of incessant travelling became very important to him and his status as a hero. He tried to rally support to oppose the Arab slave trade that had penetrated the area from Zanzibar. He tried to win people to start missionary work in the areas he visited. He still wanted to break tribal structures (as opposed to the German missionary Bruno Gutmann, 1876-1966, who embraced the tribal structures when he worked with the Chagga in northern Tanzania). People were struck by the fact that he travelled on his own (i.e. with no white fellow travellers). Henry Morton Stanley went on a journey (funded by an American newspaper) to find Livingstone, for rumour had it that he had died. He met Livingstone in Ujiji, and brought supplies. Livingstone did not want to return to the United Kingdom and he walked on. When April changed into May in the year 1873 he passed away near Lake Bangweolo. His fellow workers decided to carry the prepared body to the coast so Livingstone could be buried in his home country. People like Chuma and Susi played a leading role in this final journey.

Tim Jeal did a great job in writing this book on the great explorer David Livingstone. He show a multi facetted man walking through his life. 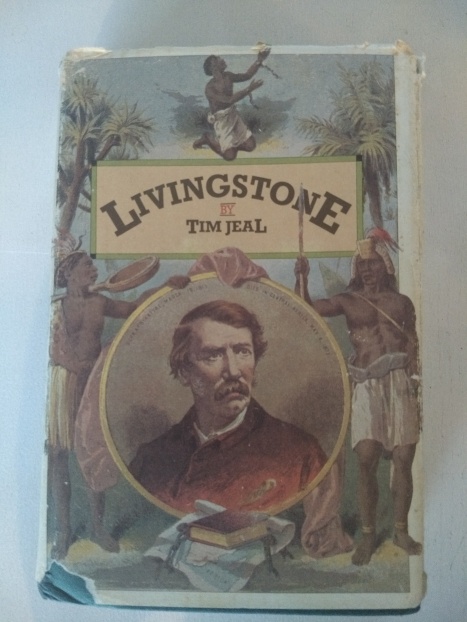 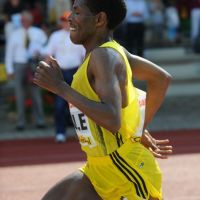