Wars produce stories.
Stories of death and disaster.
Stories of lives torn apart.
Stories of people who were changed for the remaining part of their lives.
The civil war in Sierra Leone produced stories. One of these is the story of Ismael Beah. He for the first time encountered the civil war when he was just twelve years young, in the first month of 1993. he was on his way with friends to join in a contest for aspiring artists. Rebels came to Mattru Jong where these young boys would show their talents. The 6 boys manage to escape and their journey into the unknown starts. They are caught by rebels, manage again to escape, are caught by another rebel group.

In this way the story of Ishamel unfolds in irregular ways and in shocking ways. He loses familiar faces to death, others disappear never to return. Death has become a regular feature of his life, while trying to stay alive. He gets military training, while gaining honours for killing a prisoner in a fast way.

In the first month of 1996 Ishmael finds himself at a camp run by Unicef. In this camp many children who have survived the civil war stay together. This a clear blueprint for disaster. Young children get killed. The group of which Ismael is part gets a transfer to another camp. In this camp the troubles do not disappear. Problems with drugs abuse and attempts to get rid of drugs, violence among the boys and against the workers at the camp. There is still a strong desire for destruction living within the boys.

One nurse, Esther, manages to get contact with Ishmael on a deeper level. She shows him: ‘It is not my fault.’ After about five months at the camp Ishmael is being asked to be a representative for the boys at the camp, to tell the outside world about they life they have gone through. A few months later one of the workers, Lesley, tries to find foster parents for Ishmael and he manages to find a relative, where he can live and try to further rebuild his life. One day he is asked to travel to the United Nations Headquarters in New York to tell about his own experiences and the life of boy soldiers. Back home trouble starts again, the month of May 1997 witnesses the start of a new cycle of violence. Ismael decides to leave Sierra Leone and travels to Conakry to get permission to travel to the United States of America.

Ishmael Beah has written a gripping account of his life. It was especially the time in the camps that gripped. It was so hard to get the war out of these young boys. The seeds of violence had been sown and the results were seen for a long, long time. 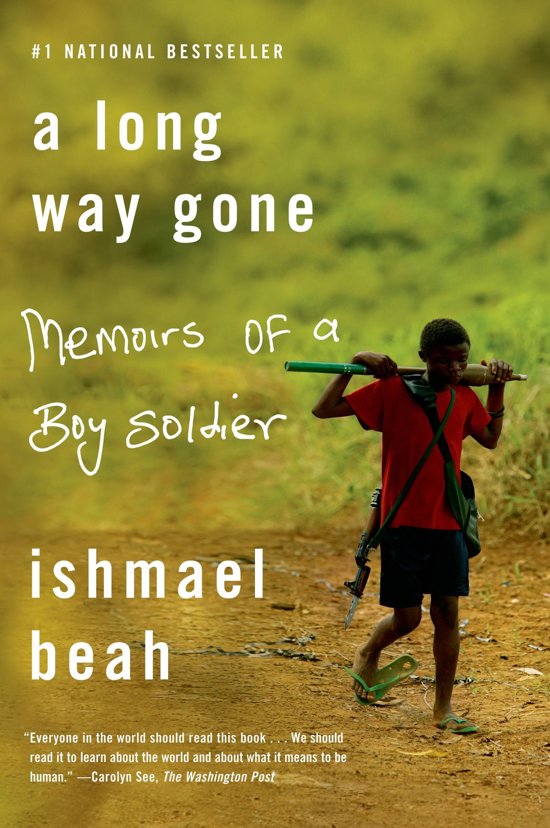