Red.
Black.
Green.
And in the centre of the waving flag was the half of a yellow sun.

The yellow sun is a token of the dawn that had arrived.
A new time.
A new challenge under the sun.

The waving flag was the flag of the brand new country Biafra (1967-1970). A corner cut from that large country Nigeria that had gained independence from the British imperial powers in the year 1960 and had suffered already violent changes in government. In this country people from many different ethnic and religious backgrounds lived together. The Hausa/Fulani lived in the northern parts of Nigeria, the Yoruba in the southwestern parts and the Igbo in the southeast.

The famous Nigerian writer Chimamanda Ngozi Adichie hails from the southeastern parts of Nigeria. She was born in Enugu , the former capital of Biafra. Her family suffered heavy losses during the civil war.

She wrote an impressive novel about Nigeria and the civil war, seen from the perspective of Igbo people. Let us meet some of them. First we meet Olanna, daughter of  a well-to-do family that resides in the (the) capital city Lagos. Her father is involved in all kinds of bussiness deals and tries to stay in close contact with those in (shifting) power. She moves to Nsukka where she resides at the university campus and shares her life with Odenigbo, who lectures in mathematics at the university. Before Olanna moved in, Odenigbo already had a houseboy, named Ugwe, he stumbles from village life into  campus life and he tries to make the best of it and learn from all the visitors to Odenigbo’s place. Odenigbo likes to welcome visitors and colleagues from university for long and intensive discussions about politics and culture (at times I thought that Christopher Okigbo turned up as the poetic colleague of Odinigbo). Olanna has a twin sister, Kainene, with whom she has a mixed relationship, at times very close, at times at a distance. Kainene has a relationship with the British Richard, who has been intrigued by a type of pots from Igbo culture. He learns the language and sides with the Igbo people and the cause of the new nation.

The book switches from the early sixties to the late sixties. In the early sixties we witness the young independent country Nigeria from the perspective given at Odenigbo’s living room at the campus at University of Nsukka. In the late sixties we witness the escalating events in the northern parts of Nigeria, the stream of Igbo refugees from the north to their ancestral homes in the southeast, the proclamation of the new state of Biafra and the pride and enthousiasm of the elite and finally the crumbling of the desires and hopes and the drowning of the yellow sun and the restoration of national unity.

Chimamanda has managed to write a gripping book about a segment of Nigerian’s national history that still present a raw nerve. My attention never waned when she guided me through the fictional lives of Olanna and Odenigbo, through the different views, the political sensitivities, through mourning and happiness, through love and deceit and rape and murder, through decline and hopelessness.

I think it helps to know a bit about Nigerian history when you start reading this book, but even without this knowledge it is a book to be praised.

Chimamanda Ngozi Adichie – Half of a yellow sun – 2006 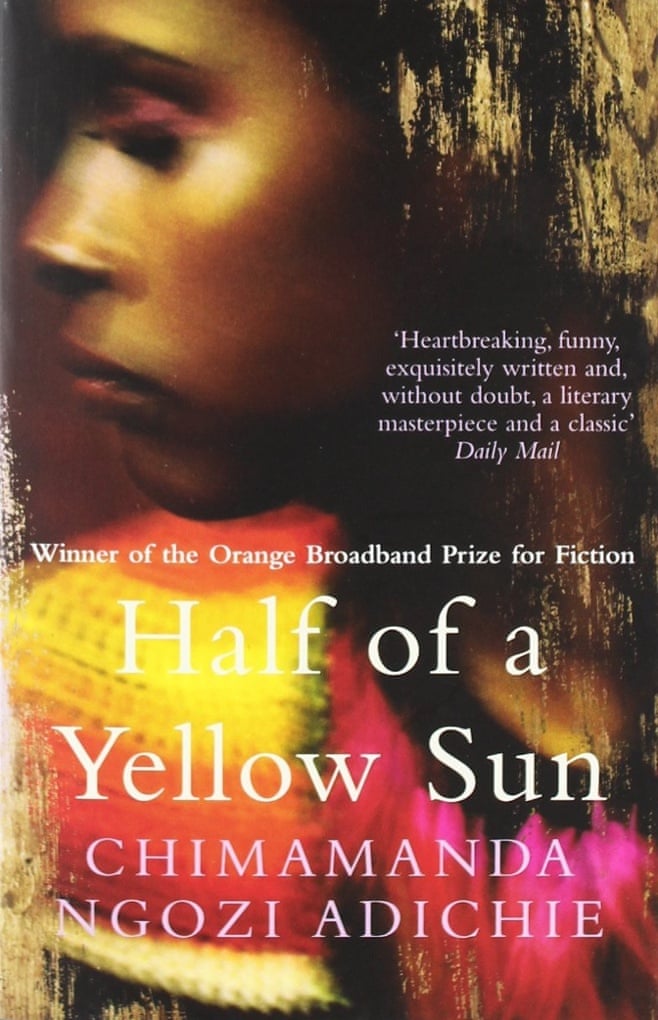